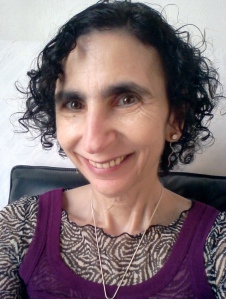 Once upon a time (around about 2008) a big mean recession cast its dark shadow over many a nonprofit. Grantors cut back on funding. Donors zipped up their wallets. Salaries and benefits got cut. Seasoned professionals were laid off, or left voluntarily. Others lasted awhile, but became increasingly discouraged.

Six years out from the biggest stock market crash since 1929, I’m beginning to hear a lot of organizations crying “Uncle!” These are the ones that, for reasons unbeknownst to them, have not rebounded. And they’re desperately trying to beat back the wolf at the door.

The Thing They Fear Most? Failure

They really thought things would get better. They imagined they’d go lean and mean for a period; then regroup, dig themselves out of their hole and burst forth in full, new blossom.

Instead, they began to wither. They fell deeper and deeper. They started to smell something rotten. At the same time, they found themselves surrounded by competitors who were smelling like roses. While they had their sharp pencils, scalpels (and in some cases hatchets) out, others had been working with shovels and hoes, planting and tilling and bringing forth new crops.

They began to ask themselves, “Where Have all The Donors Gone?” Because their donors went elsewhere. You see, it turns out that more folks will follow a captain who leads them toward a rising tide than one who assures them he’ll stay with them, until the bitter end, on a sinking ship.  In hindsight this seems quite obvious.

In the midst of the storm it takes exceptional vision and charismatic leadership to steer a clear course. Fear breeds caution and a certain tunnel vision. Folks begin to see only a few feet (or months) ahead of themselves. They make short-sighted decisions that yield unfortunate long-term consequences. They cut off their noses to spite their faces. And then they bury those faces in the sand.

If this story resonates with you, then perhaps you’re involved – as staff, board member or philanthropist – with one of these organizations that foundered through the crisis.   You’re not alone. After six years of this, some of these folks are finally coming face to face with the consequences of their actions (or, more to the point, their lack of action). And some of these folks are coming to me, and others like me, for help.

They haven’t failed yet. But they smell it. They want me to help rid them of the stench that permeates their organization. They want to be winners again. And they can be. You can be.

I can help leaders rebound – provided they’re willing to move beyond simply sweeping the smelly dirt under the carpet. What’s needed in this situation is an honest-to-goodness deep cleansing that knocks away all the collected cobwebs gathered after years of neglect.

I know, nobody set out to neglect anything. But… that’s how neglect happens. Literally, the word means “a failure to take care of.” And guess what the opposite is? TAKE TO HEART .

So… [drum roll please]… here’s what to do to overcome the creeping neglect that’s been leading your organization towards failure.

From your heart. Your passions. Go back to the future and find what started you down this path before you lost your way.

Let me explain further by sharing this opinion piece by Ken Burnett, one of the leading lights in today’s fundraising universe: Keeping the right fundraisers. What he had to say applies equally to staff and board; you will need to address both areas aggressively in order to pull yourselves up out of the hole into which you’ve been sinking.

Burnett speaks of entering the nonprofit field with rose-colored “I’m going to change the world” glasses. But he didn’t find the “fire in the belly” change agents he’d expected on nonprofit boards and staff.

“Instead, as often as not, what met me was indifference… most people seemed to have little idea of ‘big picture’ in what they were doing and why, no sense of changing the world.. Not everyone, it seemed, shared my passion and enthusiasm… Though my starry-eyed idealism quickly evaporated I’ve never lost the belief that what we do does matter, that by fueling good works fundraising makes a fantastic difference in this lousy world.”

If you’re at the point of diminishing returns, then you need to find the key to reignite passions and remind folks of the life-changing outcomes they facilitate.

The radiators spread heat and passion, radiating the warm glow of making a difference.

The drains suck out the emotion, neutralize feelings and commoditize giving till it becomes like any other commercial transaction. They’ve professionalized to the point that passion, dreams and aspirations are usurped and replaced by the cold, remorseless logic of the marketplace.

Donors give in spite of the drains – the drains are passion assassins, with skills they consider readily transferable between causes. They’re more about analyzing than feeling, more about spreadsheets and ROIs than lump-in-the-throat testimonials and transformational storytelling.

They give because of the radiators.

“Radiation,” or the lack thereof, is an issue of leadership. And this is where you must begin. Step by step… from the inside, out… beginning with your current radiator core. You. Your campaign leaders. Your handful of board radiators. Former board leaders. Whoever you’ve got who still has the fire burning. Hunker down with these folks. Build a plan. Bring in some new radiators. Use your new and old radiators to spread the heat. Keep adding fuel. Stop sitting around the campfire watching the embers burn low. Fan those flames! Don’t let the fire burn out.

The bottom line? As King Lear said to his daughter Cordelia: “Nothing comes from nothing.” Burnett puts it this way:

It’s about investing far more than we now do in customer service and donor retention. It’s also about recruiting, training and inspiring the right people to work with donors and stressing for them, unambiguously, what it is that matters most.

All too often, organizations run by folks who self identify as “professionals” (and this includes board members who work in law, medicine, finance, real estate and technology) have the tendency to drain all the emotion out of their cause. They focus on processes (how services are delivered) rather than why they originally were compelled (usually by emotion, not reason) to head in this direction. Of the 13 different hats you and your most effective leaders may feel you’re wearing on any given day, it’s time to put on your radiator caps.

If every new recruit can be a committed emotional fundraiser then maybe we’ll have a chance of changing the current donor/cause paradigm, in which our causes are viewed by many as minor irritations at best, money-grubbing, stress-inducing social evils at worst.

Here’s a chance to give would-be fundraisers the job satisfaction they crave and so help stem the turnover that causes our enterprises to hemorrhage their finest talent. But best of all, donors would love it. They don’t want to deal with professional career fundraisers who don’t feel the passion. They need to be impressed, inspired and infected by those who do.

Stay tuned for Part 2 next week: What To Do When Leadership Loses Its Way?

Claire Axelrad , J.D., CFRE was named Outstanding Fundraising Professional of the Year by the Association of Fundraising Professionals and brings 30 years frontline development and marketing experience to her work as principal of Clairification. A sought-after coach and consultant, Claire is a frequent contributor to leading nonprofit resources including 4GOOD, Nonprofit Hub, Nonprofit.about.com, npENGAGE Experts, 3rd Sector, the Foundation Center and Guidestar. Claire writes a bi-monthly column, “Charity Clairity” for Nonprofit Pro and a monthly nonprofit social media feature for Maximize Social Business and is a “Top 100 Content Marketing Influencer” on Twitter. Clairification was named “Best Fundraising Blog of 2013” by FundRaising Success Magazine. A member of the California State Bar and a graduate of Princeton University, Claire currently resides in San Francisco California. Connect with Claire on Twitter, Pinterest or LinkedIn.

Error: Twitter did not respond. Please wait a few minutes and refresh this page.